With over 30 years working in the Surveying Industry, in June 2017, Michael Cookson decided that it was time to start a new Survey company that could provide personal and direct consultancy services to cover land surveying matters throughout Newcastle, Lake Macquarie, the Lower Hunter & Myall Coast areas.

Cookson Land Surveyors (CLS) specialise in boundary surveys and subdivision work as well as the preparation of the associated Development Applications (DAs) and Statement of Environmental Effects (SEEs) for land subdivisions and Strata developments. 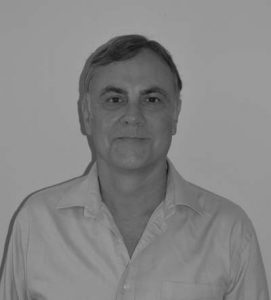 Having lived at Pindimar for a few years (located on the northern shore of Port Stephens) Michael Cookson completed his High School education at Raymond Terrace & commenced his Surveying Degree at Newcastle University in 1982. During his time at University he worked part time as a survey assistant for both RZ Mining at Hexham & JBF Koch Consulting Surveyors at Wallsend and completed his Surveying Degree in 1987.

Michael then worked for Harper Somers (HS) Pty Ltd for a period of 19 years and became a Registered Land Surveyor in 1999. HS was then a well-known multi-disciplinary land development consultancy company based in Newcastle which grew to become one of the largest surveying companies in the Hunter Valley. During his time at HS Michael progressed to become one of the Senior Registered Land Surveyors and project managed a diverse range of surveying and land development projects as well as mentoring and supervising many other survey staff in boundary and cadastral surveys. These projects were undertaken all over the Newcastle, Lake Macquarie, Hunter Valley, Port Stephens, Myall Coast & lower Great Lakes areas. In the mid 2000’s HS was incorporated into the RPS Group.

From 2008 until mid-2017 Michael was mostly employed at Positive Survey Solutions (PSS), based in the Newcastle area. In his capacity as a senior Registered Land Surveyor Michael was involved with boundary surveys, land and strata subdivisions and the town planning associated with the subdivisions. Michael also mentored and managed other surveyors. During 2009 and 2010 Michael negotiated a 12 month contract with Ausgrid (formerly Energy Australia) at their Wallsend office, which involved determining the status of electricity easements and their location in relation to property boundaries for many larger scale electrical infrastructure projects in the Hunter Valley.

Michael’s interests include campervanning trips and water based activities such as stand up paddle boarding and snorkeling.